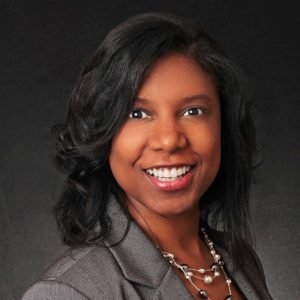 Stephanie Burt was born and raised in Ann Arbor, Michigan before attending DePaul University in Chicago, where she graduated with a degree in Political Science. News America Marketing in Chicago and New York is where Stephanie began her career in marketing that spans more than twenty years. Also on her impressive list of employers are ADVO Marketing and EURO RSCG promotions in Chicago and SNELL Medical Communications in Quebec, Canada, where she honed and mastered her skills in sales, marketing and presentation.

In 2006, Stephanie relocated to Georgia and settled in the Lake Spivey area. Drawn to the real estate industry, she joined the Keller Williams Real Estate team and began putting her talents to work. Since then, she has consistently been named to the top ten percent producers in her office of more than 120 agents. She has also earned a spot in the Board of Realtors’ Circle of Excellence (formerly Million Dollar Club) every year since 2010. Stephanie currently represents home buyers and sellers Henry and Clayton Counties, specializing in Lake Spivey communities.

Known for her dedication to her work, it is not uncommon to find Stephanie going above and beyond for her clients. She insists on the highest quality of work from the support professionals she contracts with, such as an excellent home stager whose work has been instrumental in securing sales. In fact, 100% of the homes staged through Stephanie have sold!

A firm believer in presenting homes in the best light possible, Stephanie also employs a professional photographer whose unique overhead shots and beautiful images set her listings apart from the rest. Suffice it to say that she isn’t afraid to do what it takes to secure success for her sellers; and her utmost professionalism ensures their ultimate satisfaction.

Outside the office, Stephanie leads a very active lifestyle spending many hours at the gym working out and lifting weights. You can often find her in her favorite class, RIPPED! She is also a member of the Keller Williams trivia team and enjoys giving back to her community through participating in school supply drives for underprivileged children. Additionally, a portion of each commission she earns goes directly to Kares 4 Kids, a nonprofit charity that helps support at-risk children in the community.